Here are the results for the full pass testing on 1.1.2 release.

Issues: Crownbay image was copied to the wrong folder which we didn’t find and had no response from anybody, so all cases on crownbay are blocked. LTP on sugarbay is still running.

Summary: There were 5 open bugs, three of them were for core build system , they are lib64 sato image build failed due to non-existent tasks, core-image-sato ipk build failed due to dependency of lib32-ofono and mklibs-native failed to compile fedora17 64bit. one issue for ADT, qemu launch failed due to not finding GLIBC_2.14, reported as bug 2748 and another is Ioatdma error found in dmesg log on Jasperforest. All these 5 bugs are also in Yocto 1.2 test cycle. For build performance, one qemux86 sato build on a Core i7 machine takes 115 minutes. For non-intel platforms there is a new bug found for build image with PAM support, reported as bug 2743. This issue has been fixed in master branch but the patches aren't merged into edison. 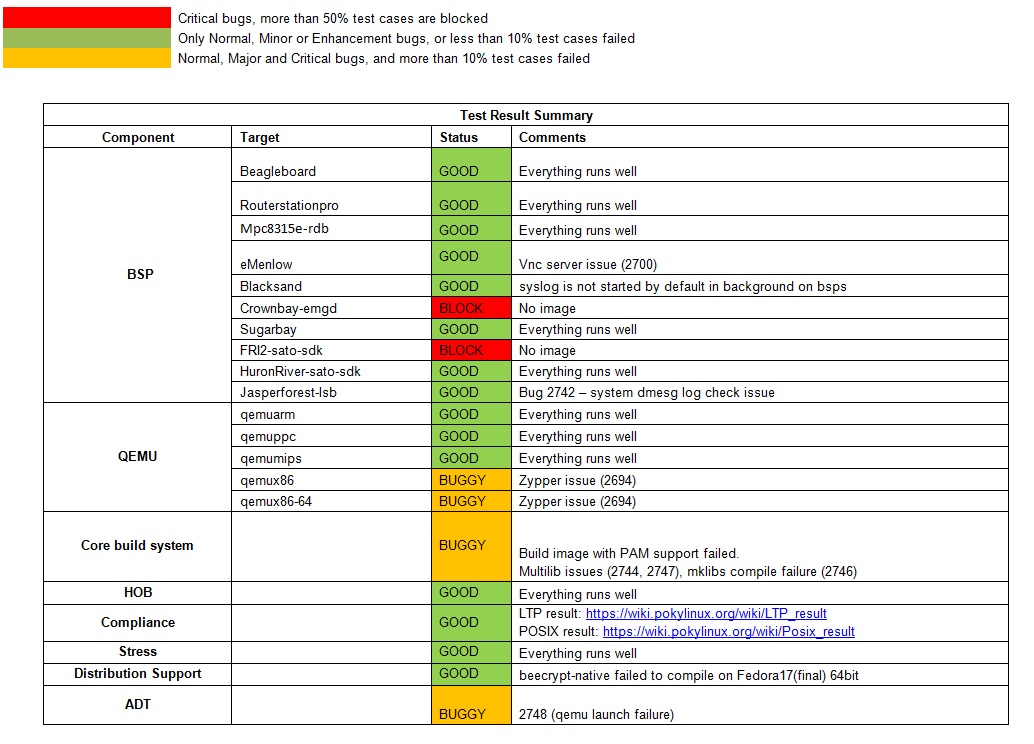 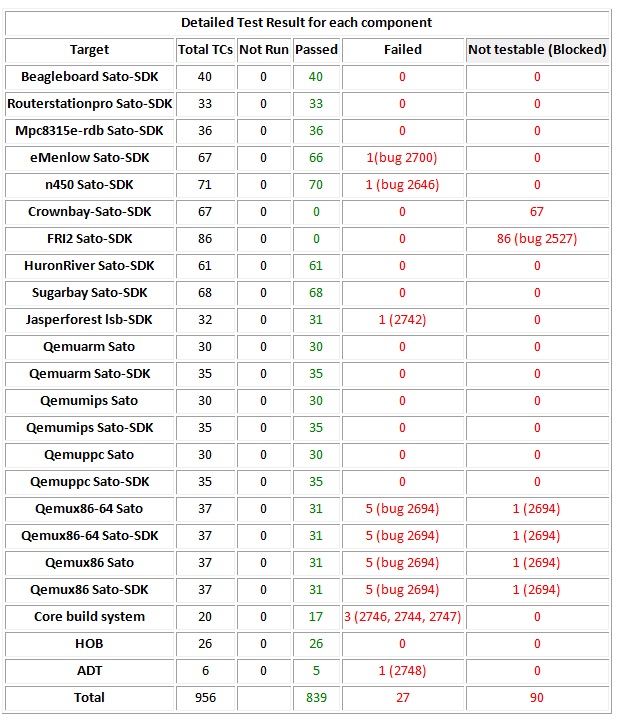